2019 summary and a peek into the future 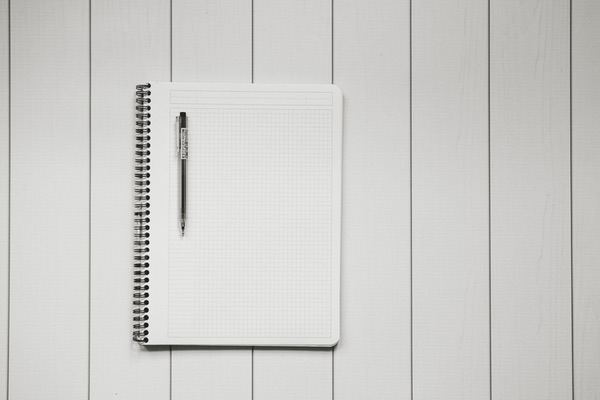 It’s high time I’ve written something over here :). Seems like everyone has done it already before the year ended. So, inspired by others, I’ve decided to finally summarize my entire year in a post as well!

And oh boy, I guess there was a lot happening throughout 2019.

This was an interesting year. There were amazing things and lots of happy times, and also - some far-from-perfect moments. All in all, looking back at those 12 months, there’s a big smile on my face :).

I’m going to dive deep in various topics below. Buckle up, it may get lengthy :).

Hands down, professionaly, this was the highlight of the year for me, for multiple reasons.

First of all, it gave me a huge motivational kick in the butt to get creative and put my work out there on the Internet. Together with Michał Ślęzak (blogging at his testingplus.me) we have banded under DevOwls banner at devowls.io.

We also experimented with a totally new (for us) form of sharing knowledge - videos on YouTube at our channel! It was a bit scary at first, but we’ve been met with such warm reception that it became our main focus at the moment. Also, both of us prefer this form than writing now!

In addition, I’ve learned so much about video & audio editing - new skills are always a plus in my book ;).

We have SO MANY PLANS related to this project, that it perhaps will become a separate post on its own.

If you haven’t done it so far (SHAME ON YOU!) - follow us on social media and subscribe to our channel :)!

Together with Andrzej Doliński, we have hosted 4 events under the DebatQA name. Many thanks to Cognifide, Netguru and Sii for having us and to all the people that showed up eager to discuss with us all the topics we have prepared!

Recently, I’ve noticed that the way I experience conferences changed in 2019. Now, when attending one, I enjoy conversations and discussions with people a lot more than attending sessions. It’s not that the talks are trash! I’ve listened to many nice ones in 2019 - in fact, some of them inspired me to experiment with a new approach to test automation in my current project or made me think about how we’ve approached things in the past. It’s just I get more from directly speaking to people or sometimes just listening to conversations. Don’t underestimate networking part of the events, folks!

In terms of speaking at conferences, this was a busy year - I was honored to receive an opportunity to share some of my knowledge at 8 different events! I’ve also decided to finally follow the ‘content reuse’ way and present my talks multiple times, instead of creating new ones for each event - after all, I’ve put A LOT of effort into each one, plus, audiences differ on various events.

That’s why on the list below, there are mostly the same titles :). Some videos included!

I’m happy that people liked the aforementioned workshop and talks. They are also going to be the topic of my first international presentations on Agile Testing Days USA :)!.

I was also a guest on one of the podcasts, which should air in the coming months.

For some reason, in one of the Polish testing portals, I’ve been dubbed a ‘Polish national treasure’ and mentioned on the list of ‘People of testing 2019’ as ‘the new face of Polish testing’… ¯\_(ツ)_/¯. Thanks! Their article: link

In February, I was asked if I would like to join a group of fellow testers on a retreat to discuss various topics related to our industry and role in a relaxed atmosphere, outside our regular enviroment. The idea was proposed by Marta Firlej, who has participated previously in a similar, international version. I was very happy and humbled, because the crew included people that I’ve met and talked with during meetups or conferences: event organizers, speakers, bloggers. It was a great chance to finally sit down, discuss stuff and bond, without the usual stress of delivering a talk in few minutes or finalizing the last details of an event. These meetings gave me a lot to think about. E.g. thanks to them, I have revisited my past talks and came up with new talks on similar topics!

We liked it so much, that we’ve met again and started planning the next one!

It’s been my 7th year in the industry and in Cognifide. People are suprised that I have been sitting in the same place for such a long time :). I always have the same response: if it’s still fun and the money’s ok - why change it :)?

Cognifide has been a constant source of challenges and new opportunities for me. I’ve explored various roles along my path and in 2019 I’ve decided to tackle a new one and become a Technical Lead. Someone who’s not only responsible for the QA part (as I was so far), but for the whole technical solution and delivery of the project. A bit scary, but it felt like a natural course of events for me - I guess it also shows that you don’t need to stay strictly in QA or testing - even though you still have that label on your official job title.

The company itself is also in the process of internal transformation. This whole topic deserves a separate post (or even a series). Long story short, we’ve changed the internal structure and adjusted our offering - we’ve switched from practices (like QA, Java, UI, etc.) to specific service-oriented Centers of Excellence, where the biggest one is divided into smaller units called clans. To replace the previous entities, we have come up with something we now call Houses - one of them is the QA House, which now I am one of the leads of. There are also Communities, gathering people around various interests, e.g. test automation.

As you can see, there’s a lot going on. We have started a really interesting project with a new client and it involves challenges related to not only technology, but also ones related to transforming an organisation.

This year, I guess I finally came to peace with the reality of the way things work from the perspective of a software house and the nature of outsourcing business. And don’t get me wrong, the ocassional corporate bullshit and the way millions of dollars are sometimes thrown into a big ass bonfire - this still pisses me off :). But I’m aware now that it’s not worth it to waste my mental health on trying to change this, as I’m not in a position to do so. I can influence small parts with my work, but there are bigger forces at play out there. It is something I have forged into topics of my next talks - we’ll see where I can get to talk about this!

Something other hit me too - I’d like to try something new, to work in a different context: in a company bulding its own product. Not sure when that’s gonna happen, but (at least for now) there’s a really high chance my next gig won’t be in another software house.

I’ve reached level 30 this year! Although, I’m still not feeling my age at all :).

I’ve somewhat missed the first quarter of 2019. In retrospective, I’ve experienced something of a small burnout - I’ve thrown myself at too much work in a very short timespan and it backfired later on. It made me rethink the way how I approach my professional growth.

I’ve received multiple motivational kicks in the butt throughout the year though - it would not be possible without the great human beings around me. Special thanks go to:

I’ve been reeeeeeally crappy at keeping this site alive for the past year. Last post is from 10/2018. The funny thing is I have started writing some event summaries, but haven’t had enough drive to finish them up - they now lay on a Git branch, covered in spiderwebs and dust.

Now, with DevOwls as my main creativity sink, I’m not going to kid myself or you about changing the situation here. But I don’t want to shut it down, as I’m still going to write here from time to time. The problem is, the audiences of DevOwls and AutomatingGuy are vastly different - the former is oriented towards Polish community, while visitors over here are mostly from other countries.

My plan for now includes:

Damn, it was nice to sit down and reflect on the past year. As I’ve mentioned - it was an interesting one and I’m looking forward to the next one!